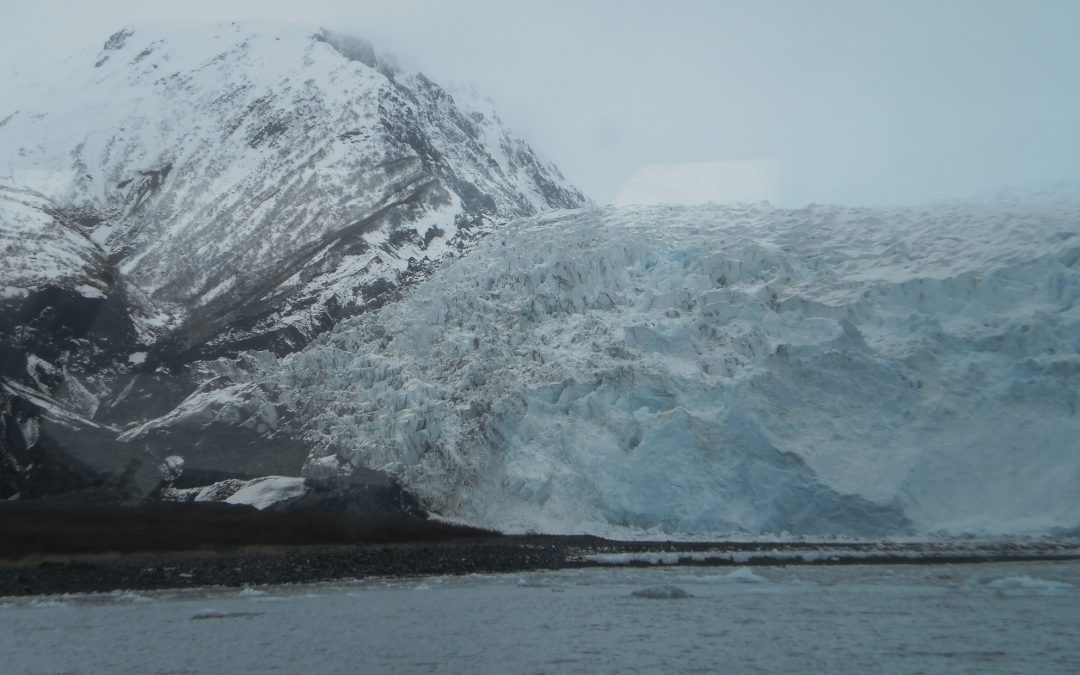 Following a “high speed” airplane transfer [10 minutes] to a connecting flight from Seattle to Anchorage, which was located in a separate terminal; we arrived in Alaska on May 1st. Driving South along the Turnagain Sound 35 miles to the small town of Girdwood, and then East 4 miles to the Alyeska Resort between mountain ranges covered in pure white snow glistening in clear sunlight. Arriving between seasons, the ski-lifts and tram to the top of Mt. Alyeska were closed, but the quality rooms were priced with large discounts. 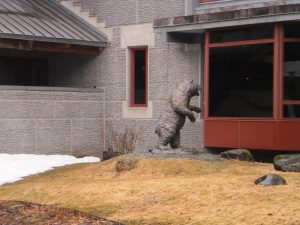 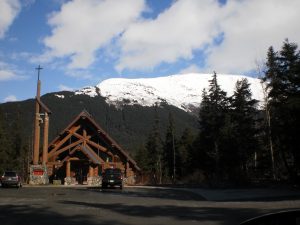 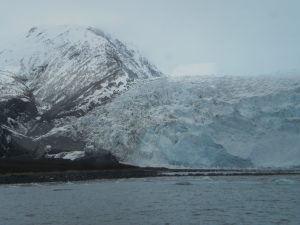 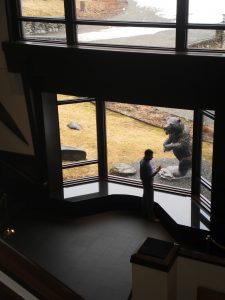 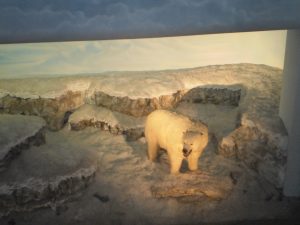 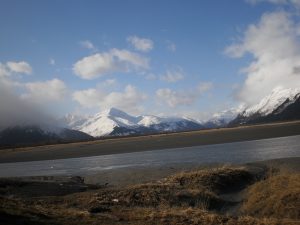 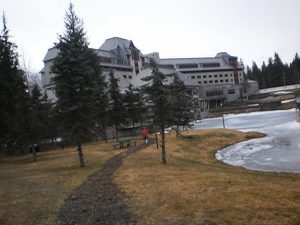 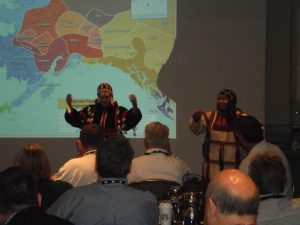 The Conference opened with a welcome greeting by Loren Anderson from the Alaskan Native Heritage Center. In Native costume made of Seal intestines [the original “Gore-Tex”] waterproof fabric, Loren explained the many “Tribes” and languages and customs of the Native peoples of Alaska. His two daughters regaled us with Native dances.

Another notable seminar was “Visual and Technical Advances in Architectural Woodwork” by Margaret Fisher, a Lifetime Member of the Architectural Woodwork Institute. She showed many unique images of advances in woodwork design and function. New technology enhances the built environment in color, sound, texture, line, form, and texture; creating an artwork worthy of a museum exhibit. Computer aided technology is advancing large scale 3-D concepts in wood.
Woodwork can imitate nature and may also aid in the acoustics of a space. We also learned how different materials and trades may come n contact with the woodwork.

Dr. John Aho was the fascinating May 4th lunch speaker on the 1964 Earthquake, which paralyzed transportation and communications infrastructure in Alaska. Dr. Aho described lessons learned and building design adjustments made following the 1964 Earthquake. He has been recognized by the USGS for his work in seismic risk analysis.

Four Officers, twelve [of 13] Chapter Directors, Advisor Eric Camin [Past-President] and Institute CEO Mark Dorsey; gathered for a box lunch, followed by an official meeting opening and a recess for the Board Forum. Mark Dorsey reported on the Institute stable financial status as Executive Director. The Institute was able to invest in reserve funds and hire new personnel to oversee communications and a new Director of Learning in their pursuit of delivering more value to CSI’s 7,700 Members. However, there are over 19,000 names in the Institute database, mostly CSI Certificate holders. One in seven CSI members are not affiliated with a Chapter, and less than 80% renew. CSI is establishing a new microsite and new materials to support education.

New security measures will protect data privacy by “opting in” instead of “ opting out.” 30% of leaders now “opt out” of CSI emails. The CDT will soon be renewable every 3 years beginning in 2021, as are other Certification’s requirements. CDT holders may start accruing CEU’s now, or decline use of initials by the year 2024.

The Board discussed the Regions budget and the fact that we are drawing from the reserves to balance our budget. In 10 to 15 years this would deplete the West Region budget. Possible non-dues revenues may be sharing profits from Conferences or increasing licensing fees to vendors. The host Chapter now profits from each Conference. The EBO Chapter has benefited from joint seminars and golf tournaments, which allows EBO members to attend dinner meetings free of charge.

The Board Meeting reconvened at 2: 07 pm with reports by the President, Paul Kane; Pres-elect Patrick Comerford; and Treasurer, Tim Schoder [see 2nd paragraph above]. Institute Director, Linda Stansen submitted a written report [read by the Secretary, Sheryl Dodd-Hansen.
Dane Dodd-Hansen reported on the Academic Programs for Duane Johnson. A list of colleges and contacts therein is available to everyone.
Wally Holmen indicated the benefits of an instructor being a member of
his EBO Chapter, where they have enrolled 14 student members, mostly from local Peralta Colleges.

Awards Chair, Eric Camin discussed the disappointing lack of nominations in the West Region; only 3 awards were presented at the dinner Saturday, compared to a dozen or more presented by the Northwest Region. We hope that all the Chapters have nominations next year.

NOTE: all Chapter Reports are due in August. EBO presented a draft report dated to the Conference. It will be finalized in July with numbers of members and attendance records.

The next West Region Board Meeting will be at the Institute Convention/CONSTRUCT in Long Beach, CA on October 5th to 6th.

The meeting was adjourned at 4 pm.