The Living New Deal in the East Bay

CSI East Bay-Oakland has monthly chapter meetings every third Tuesday of the month at Scott’s Seafood in Oakland, CA. Generally, we have a guest speaker to present on various topics for our members and guests (members of the public welcome). For November’s chapter meeting, we were very lucky to have Dr. Gray Brechin as our guest presenter. This post was written by Chapter President Dan Galvez.

Thanks to all who came to our first EBO chapter meeting of 2017.  We heard from Dr. Gray Brechin and his work on The Living New Deal Project, providing information on New Deal era Art and Architecture in the Bay Area and across the country.

In my e-mail to chapter members on January 10th, I provided a partial list of New Deal era projects in the East Bay, and provided a link to an interview with Dr. Brechin that was broadcast on KGO radio.  You can go to the Living New Deal website for more information and photos.

Some interesting notes from the meeting;

Dr. Brechin highlighted the condition of people, both physical and mental, during the Depression and New Deal era.  I think most people these days, do not realize the condition that people were in after several years of severe economic depression, and their need for the most basic food and shelter requirements, as well as psychological well-being.  This became evident with some of the photos and stories Dr. Brechin described.

Dr. Brechin then explained FDR’s vision for what the programs of the new Deal were and how they should address the physical and mental needs of our citizens. The various programs were set up to deliver basic nutrition and health services, education, employment and mental well-being.  He also described the attempt to make these programs available to all people, and some of the ways in which the art work in particular told the story of ethic integration and in some cases the attempt by people to thwart this integration.

Manual labor was key to the New Deal in order to put as many people to work as possible. Photos depicted many men with wheelbarrows moving earth for a grading project as opposed to large earth moving equipment. Many of the building projects were constructed with concrete because it was labor intensive. The Civilian Conservation Corp helped many young men improve their health (physical and mental) while working outdoors and required them to send money home to their families.

And finally, during the question and answer session after the presentation, a couple of people in attendance mentioned that their fathers were members of the CCC and that the men had fond memories of the time spent working on CCC projects. Dr Brechin said he often hears similar stories when he speaks.

If you know of family members who took part in New Deal projects and have information or photos, consider sending them to The Living New Deal Project.

Hope to see you at our next meeting on February 21st with Adam Marcus, Variable Projects: Architecture, Computation and Craft. 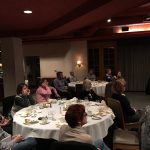 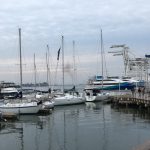 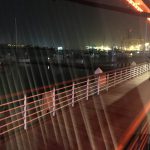 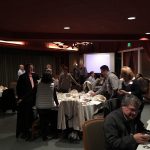 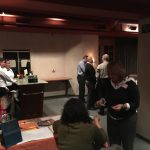 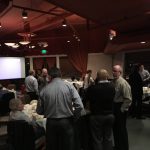 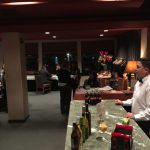 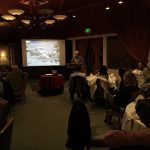 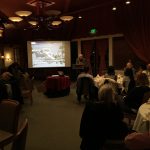 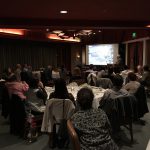 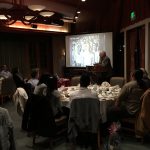 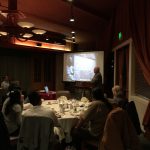