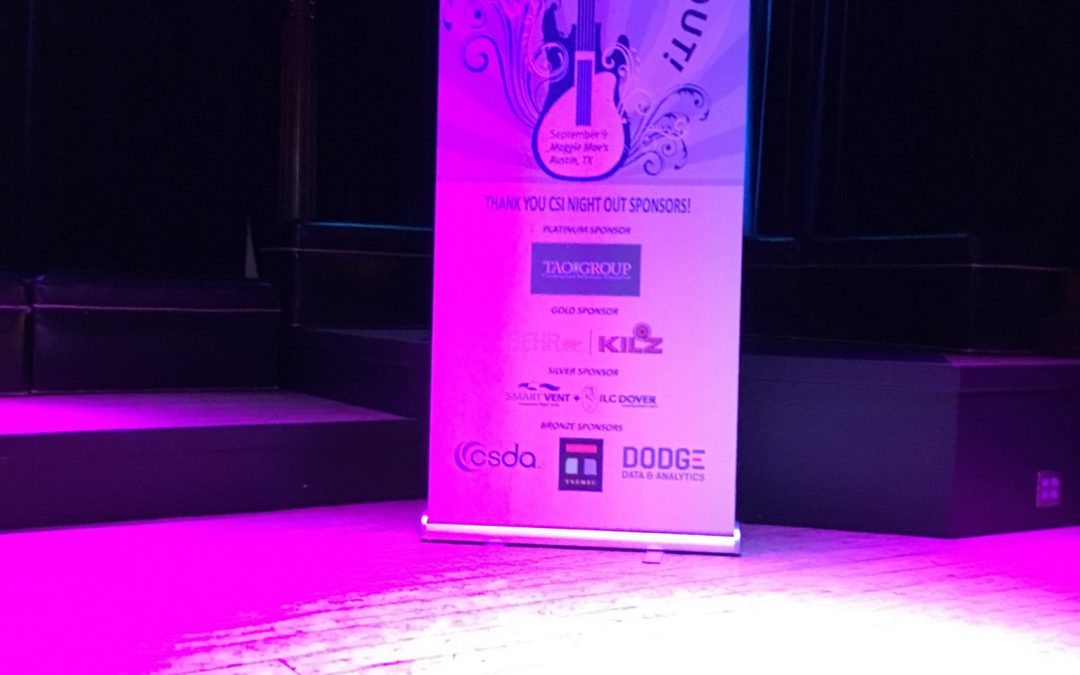 Welcome to the top 10 social media posts for day three of the CSI #CONSTRUCT Show 2016 in Austin, Texas! These posts will include Tweets, Facebook posts, and Instagram photos, listed in no particular order. Got any additions to our list? Feel free to link them in the comments section!

1. The artistic side of #CSI #CONSTRUCT:

A real face-to-face meeting of #CSINext Virtual Chapter at the #CSI booth at #CONSTRUCT with 10 of our members! pic.twitter.com/dFPyHZwFBb

3. Eric can always be counted on to make us all hungry:

So, this is about to happen. #CONSTRUCT pic.twitter.com/BywmtwbOMi

6.  There was some excitement in Downtown Austin:

Does everyone at #CONSTRUCT know where their rental car is?
(No one is in the vehicle)#Austin #CSI pic.twitter.com/cOPXbfoBjg

#CSI #CONSTRUCT Night Out at Maggie Mae's! Great way to wrap up a successful #CONSTRUCT2016 in Austin. #CSIEastBay pic.twitter.com/AP8gK4ipJE

9. #CONSTRUCT was a resounding success:

Hard not to leave #CONSTRUCT with renewed feelings for an amazing organization. Looking forward to the next year in @CSIConstruction.

#construct is wrapping up with the CSI General Meeting. It has been awesome

Thank you to the attendees, exhibitors and sponsors #CONSTRUCT 2016 was amazing! See you next year!

10. Even the most energetic #CSIKraken needs to rest after #CONSTRUCT:

That wraps up the day three edition of TOP 10 #CONSTRUCT Moments! Please feel free to share this page!